A community-led action group established to control rabbits in Victoria has been recognised by the United Nations. What’s the story behind the win?

Over the past six years the Victorian Government has pioneered a community-led approach to managing these rabbits, resulting in a spectacular win – a United Nations (UN) public service award.

The greater team behind it is the Victorian Rabbit Action Network (VRAN). Comprised of members from within the Victorian Government, industry and community, the group have taken a coordinated effort to controlling rabbits across Victoria. The award is the most prestigious international recognition of excellence in public service. "You’re competing against the best in the world and to be recognised at a global level is such an honour," says VRAN’s Executive Officer from Agriculture Victoria, Heidi Kleinert. "Having said that, I also had faith in our project. It’s an innovative approach that’s genuinely community-led."

The program’s underlying strength is its 'systems approach' to engagement. This has ensured a state-wide program (covering more than 2.5 million hectares of public and private land), inviting all individuals with knowledge, experience and an interest to be involved. By the end of 2019, its network is expected to have reached 10,000 people.

According to Heidi, winning the UN award has raised the profile of community-led solutions, highlighting how a collaborative approach can be used to tackle an invasive species.

Adds VRAN’s Lauren Hull: "VRAN is needed because rabbits remain a serious agricultural and environmental pest through much of Victoria - despite more than a century of control efforts - so we need to think 'outside the box'. There are plenty of effective tools and techniques available to control rabbits, but VRAN focuses on the human aspects of rabbit control – this is where rabbit management gets complex. "We need approaches that build the capacity of the people affected by rabbits and initiatives which support them to work together. One of the ways VRAN’s approach differs from how pest animals have typically been managed is that it steps away from offering 'quick-fixes' and instead focuses on building community capacity through skills training, supporting different groups to come together, and connecting people with the expertise they need to develop their own rabbit control programs."

Coupled with that, the UN award further validates the community-led approach to invasive species management: it’s long-term work that takes time to affect change. "It’s been a significant shift for a government department to make, and one that comes with all the risks associated with institutional change and innovation," Lauren admits. "The award is recognition that making the space for communities to work with government is an effective approach to managing complex issues." 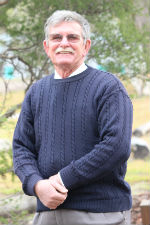 "The best of our work is yet to come," predicts Gerard Leach, Chair of VRAN who travelled with other members to Baku, Azerbaijan to accept the award at a ceremony on UN Public Service Day. "I believe the collaboration between Agriculture Victoria and the community was a major factor that set VRAN apart from so many others to win the UN award: it allows the community to lead the project."

That approach could soon be replicated. Agriculture Victoria is now looking at how this model of shared decision-making and responsibility can be applied to managing other invasive species and issues across the state.

Find out more about the Victorian Rabbit Action Network or watch the short video on YouTube.