Wangaratta secondary students have beaten 600 other teams to take out one of just six highly-coveted 2018 Service Awards at the ‘Robotics Olympics’ in Kentucky.

When six students from Wangaratta’s Galen College won a national competition to represent Australia in Louisville, Kentucky at the ‘Robotics Olympics’, locals were thrilled. After all, the VEX Robotic World Championships holds the Guinness World Record as the largest robot competition in the world, meaning this was the big league.

Through fundraiser barbecues and auctions (plus an anonymous donation of $3000 from an ex-pat in America who had heard about their story on social media), the Wangaratta community in north east Victoria banded together and raised $30,000 for the team to compete in the US.

Yet even more exciting news was to come.

The Galen College crew went on to win one of six 2018 service awards for most helpful, co-operative and friendly team from a field of 600 international high schools. It’s the first time Australia has won an award at “the Worlds” in the high school division.

Galen College e-Learning co-ordinator Maree Timms admits that winning the Australian champs and then claiming the service award came as a bolt out of the blue.

“Being recognised by their peers made the award extra special, and solidified the message that robotics is more than building a robot – it’s also about camaraderie and sharing experiences with people of all backgrounds from around the world,” Marie says.

“Our students had to build and program a robot using RobotC programming,” she explains, “and being from a rural area, we weren’t able to compete with many other teams prior to the nationals so we had no idea how our robot compared. The students were quietly confident though, after comparing their robot to others on YouTube.”

In terms of the bigger picture, the award has spurred on team members to pursue STEM careers: one student’s dream is to work at NASA, one wants to be an aerospace engineer, and another is keen to apply robotics in medicine. 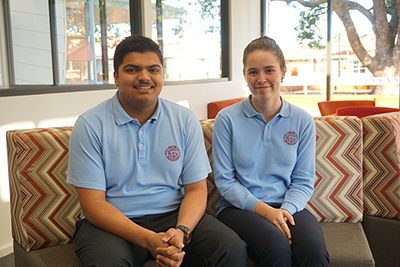 “As team captain, I couldn’t be prouder of the effort everyone put in,” says year 11 student, Madalynn Baumanis. “When I found out our school was going to represent Australia, I was utterly shocked but also so honoured to have this opportunity. We knew we were competing well with the other teams, but we never imagined that we would take a spot at the Worlds. Our hard work over 18 months paid off.”

Fellow team member Rutvik Chaudhary agrees, adding that attending the Worlds showed him career pathways that he hadn’t thought of before. “My dream role was to be an aerospace engineer, however, after this experience and meeting a wide range of people overseas and in Australia, I’ve realised that there are so many other aspects to engineering and technology that now interest me.”

To cap off their US trip, the team met with retired NASA engineer and astronaut Nicole Stott at the Kennedy Space Centre. “Nicole helped me realise that the most important thing is hard work, nothing just comes easy to you, and if you get an opportunity, always take it,” says Madalynn. “Nicole also spoke about how her view from space showed how thin and fragile the atmosphere really is and how we should do our best to protect it and our world.”

STEM is certainly very much on the mind of other students at Galen College since the win at the Worlds. “The success of this year’s team has seen more female students entering our robotics program,” says Maree, “and we’re also involved in the local ‘Girls in STEM’ program, where industry mentors work with more than 40 female students from primary and secondary schools.” 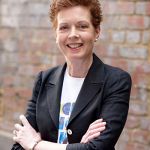 “The development of STEM skills in a team context through competitions such as this provides students with an incredible learning and personal development experience. I hope this story inspires and empowers all schools and communities across regional and rural Victoria to have a go.

“And you never know, with the Victorian government currently campaigning to host the new Australian Space Agency, these talented kids might be playing a big role in Australia’s space industries.”

Check out our Victorian STEM map