Melbourne will host the inaugural Malaria World Congress in July. We speak to Dr Leanne Robinson from the Burnet Institute and Dr Amanda Caples, Victoria’s Lead Scientist, about the disease and how the congress will help towards its eradication.

Here’s a health fact that may shock you: drug resistance means malaria is on the rise for the first time in two decades, killing more than half a million people annually.

Indeed, the clock is ticking to develop a long-lasting malaria vaccine, and this is where Melbourne comes in. Our city will host the State Government-supported inaugural Malaria World Congress on 1-5 July. A true game-changer, this will be the first time global stakeholders will gather for cross-sector collaboration. And given the current disease flare-up, the introduction of such a congress is more timely than ever.

We’re at a “critical point” in terms of an eradication strategy and a resurgence in many countries is threatening gains made in the past decade, warns Dr Leanne Robinson. She certainly knows, having spent the past decade living and working in malaria-borne Papua New Guinea (PNG) with the PNG Institute of Medical Research and now heading up a malaria group at Melbourne’s Burnet Institute.

The inaugural Malaria World Congress aims to help foster a world-wide collaborative approach for malaria prevention. Why is that a big deal?

Such an event is a rarity, with many meetings focusing only on scientific breakthroughs without addressing system and community barriers. A collaborative global approach is the only way malaria eradication can be achieved. Parasites and mosquitoes obviously don’t respect borders and the emergence of anti-malarial drug resistance in the Greater Mekong sub-region has demonstrated the speed with which major gains in reducing transmission can be lost. The 2017 WHO World Malaria Report highlighted that many countries have reported a substantial increase in cases. It will take a concerted global effort to reverse these worrying trends: the global community needs to rally.

Bill Gates is a leading figure in this realm. How do you work with the Bill & Melinda Gates Foundation?

Over the past decade I’ve been an investigator on several malaria projects funded by the Gates Foundation including a trial of preventative treatment for malaria during infancy in PNG and studies investigating the changing epidemiology of malaria transmission in Brazil, PNG, Thailand and the Solomon Islands.

What attracted you to this area of research?

Being fascinated by human biology and infectious disease alongside a desire to contribute to improving health for as many as people as possible through public health strategies.

A long history of breakthroughs 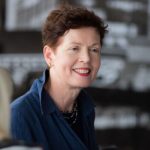 “Melbourne is a recognised hub for malaria research, having been at the forefront of major breakthroughs over the past few decades. Most recently, our expertise in this area has been recognised with the award of a $2.5 million National Health and Medical Research Council Centre for Research Excellence in Malaria Elimination to be based in Melbourne at the Peter Doherty Institute for Infection and Immunity and involving leading Melbourne researchers from the University of Melbourne, Burnet Institute , plus Walter and Eliza Hall Institute (WEHI). Also, the recent formation of the Global Health Alliance Melbourne provides the opportunity to build on that research hub.”

“I’m proud of the fact that Melbourne’s malaria research community works collaboratively across Australia and in malaria-endemic areas such as PNG, the Pacific Islands, Africa and South-East Asia to drive multi-disciplinary approaches to eliminate a disease responsible for more than 400,000 deaths each year. Each infection has a profound effect on the individual, the family and the broader community. Such a situation simply would not be tolerated in Australia.”

Leading from the front

“In my experience, Victorians from all walks of life are proud of the contribution our scientists make to global health issues. I have no doubt that the leadership shown by the Burnet, WEHI and Nossal institutes in convening the first Malaria World Congress to take a ‘systems’ approach to the eradication of malaria will inspire us all.”