Great things take time to build and wheelchair tennis is no exception.

Greg Crump has had a front row seat to the worldwide transformation. He started wheelchair tennis coaching in the late 1980s, beginning the journey that would take him to his current role as the National Wheelchair Development Coach with Tennis Australia.

“The tour started off in 1992 and only had about half-a-dozen tournaments around the world,” Greg remembers.

The world wheelchair tennis calendar now includes over 160 tournaments around the world. And, as it’s January, it could only start in one place -- Melbourne.

“The players love coming out for a couple of reasons: the tournaments are so great at a great venue, but also to get away from their northern wintertime. There isn’t this level of competition anywhere else in the world,” Greg says.

The Victorian Government has proudly supported both tournaments as part of its Significant Sporting Events program. For Heath Davidson, four-times Australian Open doubles champion partnering with Dylan Alcott, Melbourne is the ideal location to kick off his season.

“It was really exciting to get a chance to battle it out with some of the best at Hume for the Melbourne Open.” 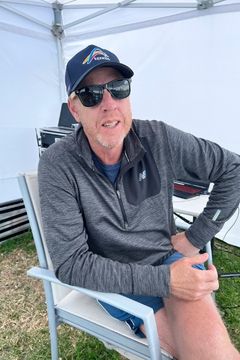 “They’re definitely tough draws, but it’s great prep for the Australian Open and really good that the best players in the world came out to play the lead-in tournaments,” Heath said.

With the wheelchair tennis portion of the Australian Open getting underway on 23 January, the two tournaments provided attractive options for northern hemisphere players wanting to escape winter as part of their preparation.

The players can also enjoy the facilities at the world-class Hume Tennis and Community Centre, which Heath says is on par with any other venue around the globe.

“It’s very accessible, which is great for us.  All the staff there are amazing. It’s definitely one of the better facilities that we play at around the world.”

“It’s a proper good vibe here, it’s a really, really good event and the quality of tennis is the best in the world.”

For the record, Heath got as far as the Quarter Finals in the singles in both tournaments.