The story behind the Trafalgar Holden Museum in central Gippsland started off with one man and his shed of Holden heritage motor cars. 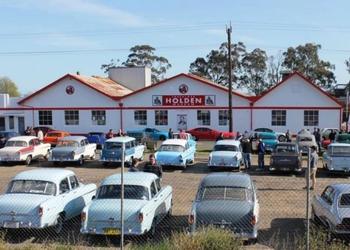 The way Neil Joiner describes it, Trafalgar’s old dairy factory was the perfect solution to house his collection of Holden motor cars, which was busting at the seams in a shed across the road.

“The one thing I proved was that it doesn’t matter how big a shed you’ve got, it’s never big enough,” Neil says.

Neil is the owner and president of the Trafalgar Holden Museum, using his own funds to restore the century-old dairy factory to its former condition.

The museum opened in 2014 and tells the story of the rich history and ingenuity of the Holden brand in Australia. It will soon be home to a new collection of iconic Holden heritage cars, courtesy of Holden's American parent company, General Motors.

“I’ve always been a bit of a Holden freak,” Neil says.

“I’ve always owned Holden cars, mainly because I think they’re a great motor car and they’re so easy to fix.” 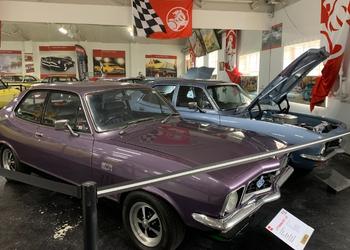 Neil bought his first Holden in 1965. It was a Holden FC, two-tone green, and what he describes as the prettiest motor car Holden ever made. He clocked up 80,000 trouble-free miles in the car and more than a few stories. It also kicked off a life-long passion for everything Holden that led to the creation of the Trafalgar Holden Museum more than 50 years later.

“In about 1998, I found a car that was almost the very same as my very first Holden, so I bought it and I’ve been addicted ever since.”

Today, Trafalgar Holden Museum has a full suite of motor cars made by Holden from 1948 onwards, attracts about 10,000 visitors each year, and is run entirely by volunteers.

From the FJ to the HQ, the panel van, Kingswood, Torana, the last ever VZ Monaro and a full suite of Commodores, the Trafalgar Holden Museum showcases an array of beautifully restored Holden models kept in pristine condition. The collection also includes a range of motor vehicles built back in the 1920s and 1930s when Holden were body builders. 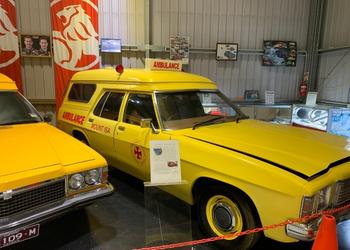 “We’ve got about 75 cars at the moment and a group of around 60 volunteers. They are a fantastic group of people – they would do anything for the museum,” Neil says.

But there’s far more than just cars. Trafalgar Holden Museum aims to capture the entire remit of the company that started as a saddlery maker in Adelaide in 1859. That includes going beyond the popular belief that Holden only produced motor cars.

The museum is packed with Holden's history and memorabilia including saddles, military equipment, golf clubs, engines, household items, and even a tram and a boat. Visitors are taken on the remarkable 164-year journey of Holden in Australia – from its humble beginnings to the last Holden Commodore to roll off the production line in 2017.

Following a formal assessment by the National Library of Australia, the museum’s collection has been identified as socially and culturally significant to Australia.

“Our brief is to show the world what Holden did from its inception,” Neil says. “We were lucky enough to find a 130-page Holden catalogue from around the 1890s and we’ve been able to replicate and source a lot of stuff that they did during that time, including animal husbandry,” Neil says.

“The Boer War and World War I are especially fascinating from a Holden perspective.”

“Holden submitted a tender to the government to develop saddles for the Boer War that blew everyone else out of the water.”

Holden became a major supplier of harnesses, saddlery, belts, and other equipment for the Boer War under contract with the Australian Government.

By the end of the war, Holden was the government’s biggest supplier of harnesses and saddlery. 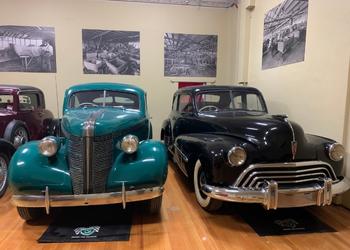 “They were one of those can-do companies. They had schedules to meet, and they just did it. Those stories are fantastic to reminisce about.”

World War I proved a catalyst for Holden to shift its efforts to the production of car bodies for imported chassis. In 1917, Holden Motor Body Builders was formed, and a few years later they were the exclusive supplier of car bodies for the American-based General Motors.

The museum’s new project, supported by the Victorian Government through the Regional Tourism Investment Fund, will focus on creating a separate building to house a multi-million-dollar collection of heritage motor cars provided by General Motors Holden.

The collection will include some of the rarest Holden models, many considered priceless. It’s a big coup for a small town and a museum that has been embraced by the local community and the thousands of visitors it attracts each year. Since 2014 when the museum opened, much has changed, including the end of Holden’s Australian production line and subsequent end of the Holden brand. But some things have stayed the same – including the important role of the museum’s volunteers.

“We have an unbelievable group of dedicated and hard-working volunteers. They just love living the Holden history and I think they all enjoy being part of the development of our museum,” Neil says.

Another constant is the stories shared by visitors, proving that every Holden car, and its owner, has a story to tell.

“We’ve heard more stories than you’d care to know about. Some of them we don’t believe, but we love hearing them.”

And Neil still drives a Holden – a Holden Commodore VF – a model he believes is one of Holden’s best: “You could stack them up against anything in the world I reckon.”