Fancy studying in Asia to boost your business credentials? Apply for a Hamer Scholarship.

The Victorian Government’s Hamer Scholarship, first offered in 2012, is a program that allows a select number of Victorians each year (preferably those already in the workforce) to undertake a minimum of five months of intensive language study at nominated universities in Asia. The scholarships are worth $10,000 to study in China or Indonesia, and $15,000 to study in Japan or Korea.

Successful applicants, who must be over 21 and permanent Victorian residents, develop cross-cultural links and lasting relationships that invariably open a whole new world of trade and investment opportunities. 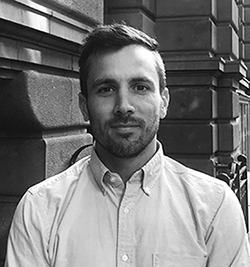 Carey Ciuro is a previous recipient, and today, an enthusiastic advocate. He was awarded a Hamer Scholarship in 2015. The 33-year-old Melburnian spent six months studying Japanese at Tokyo’s Waseda University, as well as networking and connecting with professionals in the creative and retail industries.

Then, scholarship complete, Carey stayed on in the country for another eight months, landing a job at the Apple store in Tokyo’s Ginza district to provide customer-facing support and sales.

"I loved studying at Waseda and working at Apple even though it was daunting at first to put everything I’d learned into practice," he says. "There was so much to appreciate, such as how quickly learning the language and culture added a sense of belonging to the community. Small things like riding my bike to work, ordering a latte at the same coffee shop, going to a local izakaya with work friends and practising my Japanese in ‘real world’ situations brought cultural immersion together in a practical way."

Carey applied for the scholarship at an opportune time, as he’d just finished a year teaching English in Nagasaki after attaining his Melbourne-based Bachelor of Psychology. "In my application, I focused on my desire for understanding Asia and the importance a broad world view for Victorians has to Victoria’s future," he recalls. "While we’re geographically close, there are vast cultural differences that create operational challenges for business and projects dealing with these regions."

Those cross-cultural differences became apparent when Carey began working at skincare brand, Aesop, on his return to Melbourne. His position involved delivering new Wi-Fi routers from Australia to 40 retail stores in Japan – part of a project that had already been rolled out in 18 other countries.

"Our Japanese vendors refused to accept the routers without a technical certification mark on the actual units to confirm their legal use in Japan, even though the packaging had the mark," he says. "This rigidity exists in all sorts of organisations and government systems in Japan; it can be time-consuming, adding delays and costs. Understanding it can avoid frustration, and more importantly, prepare leaders to be able to make decisions on challenges that may not have been considered initially.

"And in Japan, language depends heavily on whom you’re communicating with," he adds. "Talking and interacting with your friend is very different from talking to an external client or your boss."

Back home in Melbourne, Carey regularly attends Japanese, Chinese and Korean-focused business events organised for scholarship alumni and last year he was invited to attend a conference on retail’s future in Victoria held by The Australia China Business Council.

In terms of how the Hamer Scholarship has changed his global view, Carey observes it has made the world a little smaller. "I’ve started to see how, despite vast distances, grand things can be accomplished through effort, collaboration and understanding," he says.

His message for individuals considering the scholarship? "Apply!" he shoots back. "Talking to people considering the scholarship, their hesitation is that they feel unsuitable or not good enough. I was never an amazing student, but I applied knowing that it was something that I wanted to do. Take time with your application: think deeply about your answers and the rest will take care of itself."