Victoria’s sentinel chickens have been retired thanks to new testing and surveillance methods in detecting mosquito-borne viruses.

For nearly 50 years, sentinel chickens were the first line of defence for Victorians against many mosquito-borne viruses across the state. 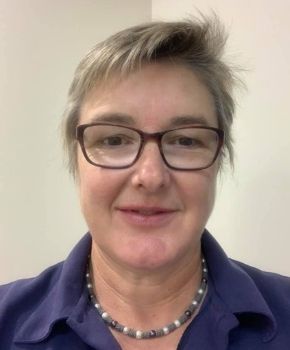 Now, thanks to new testing and surveillance methods, these life-saving chickens are retiring, with up to 175 from the latest cohort now rehomed in the local community by their flock managers — an easy task given the popularity of the program.

“There was a waiting list each year to rehome the chickens when they were no longer required — people knew how friendly they were” said Berwyn Squire, an Agriculture Victoria Veterinary Officer who was also a flock manager.

“Some ended up at schools because the chickens were very placid — very helpful for children with bird phobias. A number were rehomed in the local peri-urban farming community and others have been used to educate animal health staff on endemic and exotic poultry diseases and handling and sampling poultry,” she said.

Victoria’s sentinel chicken program had been in operation since 1974 and played a crucial role in providing the community with an early warning about emerging risks to human health from some mosquito-borne viruses.

According to Dr Stacey Lynch, the program’s lead microbiologist from Agriculture Victoria, the viruses being monitored use birds as a natural host, with chickens being used instead of wild birds.

“The chickens don’t get sick from the viruses, are easy to handle and house, and have a prominent head comb for mosquitoes to bite and transfer the virus,” said Stacey. 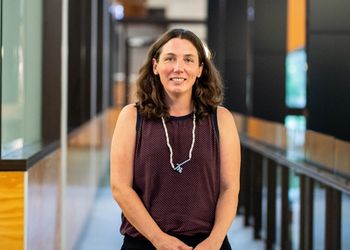 “Also, it is thought that chickens don’t have enough virus in their blood to re-infect mosquitoes.”

The program involved chickens being housed in mosquito-prone areas along the Murray River and tributaries, with researchers monitoring the natural circulation of mosquito-borne viruses.

Weekly blood samples were tested by scientists to assess if the chickens had been exposed to the mosquito-borne viruses – Murray Valley encephalitis virus and West Nile virus (subtype Kunjin). However, results from this form of testing would often take weeks.

In partnership with the Department of Health, researchers at Agriculture Victoria have now developed faster testing methods that do not require the use of sentinel chickens for the early detection of these viruses – providing laboratory results within days.

“We can get information to the Department of Health – Public Health entomology team quicker,” said Stacey. 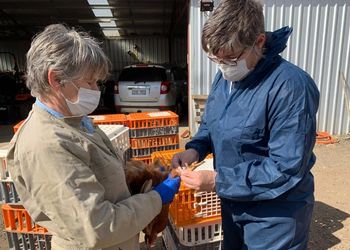 “It also enables us to test more sites for these mosquito-borne viruses as setting up new sentinel chicken sites can take several weeks to ensure the sites met the requirements outlined by the Animal Ethics committee.”

However, saying goodbye to the sentinel chicken program has been bittersweet. “As an animal ethics requirement, I would have to travel to many different sites on occasion. I enjoyed visiting these locations as they have some of the best scenery and wild bird life in Victoria,” said Stacey.

“I also loved hearing all the stories from the flock managers about all the different personalities of the chickens,” she added.

Berwyn agrees, saying that learning the different personalities of the 20 hens she looked after each year was also a highlight as well as having a regular supply of free-range home-grown eggs.

“Everyone has been bitten by mosquitoes, so it is nice to think that these chickens had such an effective yet silent role in protecting the health of Victorians,” she added.

Dr Graeme Cook, Victoria’s Chief Vet
Peter smiling at camera with a cow in the background
Image of Jennie Pryce in a hallway, smiling and wearing a blue jacket