Way beneath the icy North Sea, nestled between the British Isles and Scandinavia, sits an area that is helping the UK and Norway reduce carbon emissions and chart a new path for its industrial areas. The work there shows how similar opportunities could be a game changer for industry and the Victorian economy.

Carbon dioxide (CO2) is a greenhouse gas that contributes to climate change, so removing it from industrial processes is vital to ensuring the future of existing industries and the development of new sectors.

In all corners of the world, geological formations are being used to store CO2 as a way to reduce emissions. The areas, typically over a kilometre below land or seabed, are porous rock formations that can be pressurised under a sealing layer, or former oil and gas reservoirs that can be re-pressurised. Northern Lights is part of a Norwegian carbon capture and storage (CCS) project looking to take CO2 emissions from cement manufacturing and waste-to-energy facilities to permanently store it under the North Sea.

In the UK, decarbonisation clusters are developing in some of the heaviest industrial areas. Traditional energy producers, such as global gas and oil companies, are working together with local communities to establish CO2 collection networks to store under the North Sea.

“We have a world-leading CCS opportunity - there is enormous potential in the Latrobe Valley and nearby natural storage sites, like CarbonNet’s Pelican site in Bass Strait.”

“Some people have concerns about CCS and whether the technology can deliver. Internationally it has been operating for decades, proving that it is safe and cost effective. Take-up overseas is growing and this shows us that global decision-makers, both in government and industry, are backing the science of CCS.” 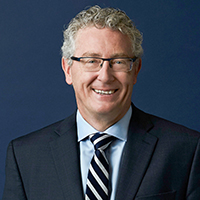 “The United Nation’s Intergovernmental Panel on Climate Change’s position is that CCS has an essential role to play in achieving our climate change goals.”

Brad Page is CEO of the Melbourne-based Global CCS Institute, whose mission it is to drive uptake of CCS technology, and he sees strong linkages between international CCS projects and Victoria’s CarbonNet project.

“The Latrobe Valley could become a world-leading clean energy hub. Similar industrial centres internationally, including the Net Zero Teesside and Zero Carbon Humber clusters in the UK, provide a useful roadmap for what can be achieved in Victoria.”

“Here and overseas CCS can facilitate a clean energy economy, creating jobs and supporting existing industries, all while pursuing decarbonisation.”

CCS projects take many years to develop and can experience ups and downs along the way. CarbonNet has spent time investigating and validating a CCS network for Gippsland. Project Director Ian Filby has witnessed the momentum shift in the past two years. “Take-up of CCS is on the rise as developed economies seek to reduce emissions. Along with the development of renewable energy production, CCS can not only assist in stepping down emissions from traditional industries but also be the catalyst for new sectors and creating jobs.”

“CCS projects are complex and can run into issues like any major project. What the international examples show us is that these challenges can be overcome.”

“Whether it’s lessons from Victoria or from the other side of the world, practical experience will go a long way to help us make a difference to combating climate change and supporting the continued transition of the Latrobe Valley.”

To learn more about CarbonNet and the opportunities it brings for the Latrobe Valley, watch the project’s Advancing CCS for Victoria video below.

To find out more about where CCS is used and is being developed around the world read the Global Status of CCS report.

For more information about the project and to sign up for updates, go the Earth Resources Victoria website.