Making the move to regional Victoria and leaving behind your friends and family can be filled with uncertainty, but also great satisfaction.

It was two years that made the world stand still and at the same time, caused big changes. For Tammy Belleville, the pandemic made her long for a change. And so in August 2020, she left her life in Melbourne to move to regional Victoria with her husband, Gary.

“We moved to West Gippsland right in the middle of the pandemic,” Tammy said.

“With our three kids all grown up, it allowed us to think more about ourselves.”

Tammy and Gary’s situation is unique. Bastion Insights Research 2021 shows that 49% of singles or couples with kids no longer at home don’t see the move to regional Victoria as feasible.

This couple showed it is in fact possible.

Making the move to regional Victoria 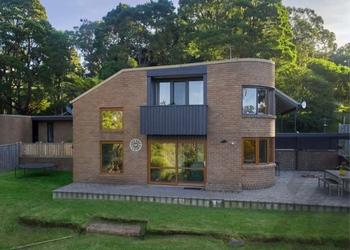 Moving to regional Victoria while still working full-time was a big jump for both, especially with Gary’s job as a teacher in Melbourne. It put the couple out of their comfort zones and it was exactly what they were looking for.

In the research, 29% of Victorians said that the pandemic made them rethink things in life, including where they were living.

The search for a new home started with Tammy and Gary considering moving out of Melbourne’s south-east Sandhurst to a beachside apartment or Docklands, drawn to areas with an attractive and lively lifestyle. This was soon trumped by a desire to feel more connected to community and a stronger work-life balance.

“Living in Melbourne, our days would focus on going to work and straight back home with very little interaction with the people around us,” Tammy said.

“Knowing about the potential of strong community connections we could form in regional Victoria and the value of properties made the move easy for us.”

The strong sense of community is felt in their West Gippsland suburb of Yarragon. A town with only 1,650 people, the size of its population creates the environment for connection and belonging.

It is no surprise that the couple took the leap and decided to buy a property in West Gippsland that they are currently renovating. Built in 1970, Tammy says it looks like a castle and sits on 3.5 hectares of land. In fact, the research shows 51% of Victorians said the appeal of regional Victoria stems from the affordability of house and land.

Keeping links back to Melbourne

Their concerns about leaving friends and family in Melbourne is reflected in 49% of Victorians saying that this was the main reason they might not make the big move. In the research, 33% said there were also concerns about lack of regional transport options. For the couple, public transport back to Melbourne was a priority and influenced them in finally landing on West Gippsland.

“Since moving, we’ve had people up just about every weekend which has been so important as we want to keep the connection to Melbourne,” Tammy said.

Both easily commute to Melbourne for events or the football on the V/Line – an hour and 40-minute journey each way. By car, the couple are only an hour away from visits to their children.

Settling into a new home

Making new friends in the area has been a positive journey for both. The couple said that the more you put yourself out there, the easier it is for friendships to grow. They’ve formed a group of friends they’ve met in the area that visit a different pub once a month. Not only has this regular catch up help stimulate the economy but it has also strengthened their friendship and sense of place in regional Victoria. 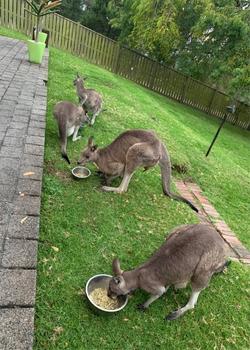 While the regular pub dinners have increased connection, meals at home have changed since moving.

“The biggest thing I’ve had to accept since moving here is the lack of UberEats,” Tammy laughed.

“It’s made me get back into cooking – baking sourdough and making dishes nearly every night.

“I do miss the convenience of a Maccas run after a long day though.”

Tammy says she’s also adjusting to the wildlife around her. Kangaroos are often seen in her backyard, and she’s named every single one of them.

“I remember when we first moved in, Gary was in one of the bedrooms when he turned around to find a kangaroo in the house staring back at him!”

“We lured it out with bread but we now know to close our doors,” she said.

Tammy says she’s never lived in a house for more than seven years. However, regional Victoria seems to have broken the seven-year itch.

“I usually get itchy feet but this time, I can’t see myself leaving,” Tammy said.

Find out more about the region: Victoria's Gippsland Region.