Get a taste of cuisines from around the globe in Melbourne’s west.

Chef Out West is funded by the Victorian Government's $1.3 million Let’s Stay Connected Fund, a program to promote connectivity and inclusion in local communities.

The Fund has provided grants of between $5,000 and $200,000 to help community organisations launch or expand projects that reduce isolation and build community connectivity and resilience during the COVID-19 pandemic and beyond. This includes 16 projects across Melbourne and 23 across regional Victoria. 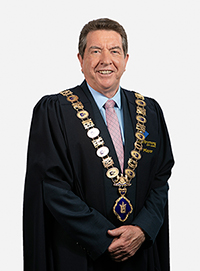 All chefs share their stories of arrival in Melbourne’s west and their passion for the local community in which their businesses operate. For a while now, the west has stamped its mark as an authentic, high quality restaurant scene, with a great feed to be had in suburbs such as Footscray, West Footscray, Yarraville, Seddon, Braybrook and Maidstone, notes Maribyrnong mayor, Michael Clarke.

“This Facebook series aims to introduce a broader audience to our amazing restaurants and also showcases our community that has plenty of heart,” he says. “Our diners are not just able to enjoy a superb meal when they support our traders, they’re supporting a community… particularly important given the ongoing effects of the pandemic.”

The good news is, since the series launch, visits to the profiled venues have gone up.

“Our profiled restaurateurs, along with many others across our municipality and greater Melbourne, have had to modify their service delivery to accommodate the constantly changing COVID-19 environment,” sympathises Michael. “These restaurants are well known in the west and among specific cultural groups and Council is pleased, with the support of a state government grant, to be able to help them share their stories – beyond just their menus – to widen their appeal to a wider audience, including those on the east side of the West Gate Bridge.” 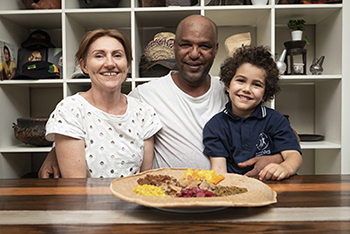 Abdul Huseen, 50, fled the Ethiopian capital of Addis Ababa in 1990 when political unrest struck, and embarked on a new life in Australia.

In 2009, he and his wife opened Konjo Café in Maribyrnong, which has become highly regarded for its kitfo; an Ethiopian steak tartare which originates from Abdul’s clan, the Gurage (pronounced goo-rah-gay) people who traditionally inhabit a fertile, semi-mountainous region in central Ethiopia. The café is also popular for its vegan platter, including Ethiopia’s subtly spiced vegetable and lentil stews.

Why did he choose to make Maribyrnong home?

“My older brother had resettled in Maribyrnong a few years before my arrival, so I came to stay with him,” Konjo says. “There was already a significant Ethiopian community, so it was easy for me to settle. I loved Footscray and Footscray Market straight away. It seemed like a place where everyone was at home, no matter where they were from. I very quickly felt like I belonged. I’ve been a Westie ever since I came to Australia. I love Maribyrnong for its vibrant mix of ethnicities. With so many different communities all living in harmony, there’s always something to celebrate. And my kids love the fact that we are so close to the AFL Western Bulldogs’ home!”

The pandemic has caused turmoil at his cafe. “Both my wife and I were working in the business so when lockdown came, there was no money coming in at all,” he said. “It was really hard financially. We tried to revert to take away, but I had to do it alone as my wife was homebound to help the kids with remote learning. We definitely wouldn’t have made it through if it had not been for the assistance we received from the government and Maribyrnong Council. We are so thankful.”

“The City of Maribyrnong came up with an excellent idea to showcase an industry that is at the heart and soul of Maribyrnong. Anyone who sees the trailer or any of the mini-series will for sure want to come and have a taste of the West.”

Chef Out West has already had a positive impact on their business. As soon as the series launched, Abdul saw a spike in interest, especially through social media. “This is really exciting as the spotlight hasn’t even been on us in particular yet! I can only imagine what it will be like when our very own story is out. This is going to be such great publicity for our business. A small family business such as ours, especially during COVID times, could never afford such exposure. We’re so very grateful and thankful to City of Maribyrnong and the Victorian Government for this opportunity.”

The series was launched on the City of Maribyrnong Facebook and Instagram and is now available to stream on SBS On Demand.