Agriculture Victoria research scientist Dr Mekonnen Haile-Mariam has been at the forefront of improving the health, fertility and animal welfare of Australian dairy cows for more than two decades.

One of the lead researchers at DairyBio – a research and innovation initiative by Agriculture Victoria Research, Dairy Australia and the Gardiner Foundation – Dr Haile-Mariam specialises in developing and updating Australian Breeding Values (ABVs), which are used by dairy farmers to help breed cows that are healthier and more productive. “The genetic improvement of livestock for the benefit of industry and society drives my research, and over the last 20 years, most of my work has focused on increasing the overall productivity of Australian dairy cows,” said Dr Haile-Mariam.

Born and raised in Ethiopia, Dr Haile-Mariam grew up around animals. Today, his home has 11.4 million dairy cows. Australia, by comparison, has 1.5 million dairy cows with milk production of these cows roughly about 10 times more per animal.

In 1999, a post-doctoral opportunity prompted Dr Haile-Mariam to move to Australia to join Professor Michael Goddard’s research team at Agriculture Victoria. Their early work involved genetically evaluating bulls and udder health - it was the first research of its kind and it was influential across the industry.

“We identified the bulls whose daughters are most susceptible to mastitis - dairy farmers could then use this information to select bulls and reduce mastitis infection in their herds,” said Dr Haile-Mariam.

A similar genetic evaluation was developed for fertility with the research team identifying which sires produced less fertile offspring. Again, the research proved influential as farmers only had access to limited records that could help them identify the most fertile cows for breeding. 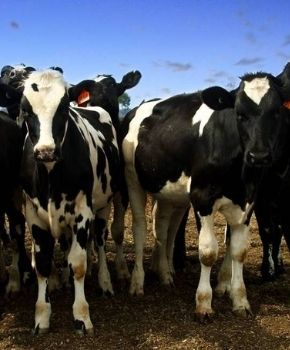 In 2016, Dr Haile-Mariam was involved in the development of a new ABV for gestation length. The breeding value helps dairy farmers to select cows that give birth within a specific timeframe to avoid longer gestational periods that can increase the risk of calving difficulty and disrupt the seasonal calving season.

“If cows don’t calve before the end of the season, farmers need to induce them. However, if they have shorter gestational length, this intervention is not needed and the calving pattern of herds is improved.”

Dr Haile-Mariam has continued to play a key role in updating the ABV for calving ease, leading to improved animal welfare and reductions in veterinary costs to dairy farmers.

“We used information collected by dairy farmers on the incidence of calving difficulty and combined it with information on calf size. As a result of our research, the updated ABV for calving ease was released in 2020 and the reliability of the breeding value was increased by up to 13 per cent.”

Dr Haile-Mariam believes the most important aspect of his research is that it is implemented on-farm to improve the health and productivity of dairy herds.

“I am fortunate to work with world-leading scientists in Agriculture Victoria Research that are continuously coming up with new developments to improve dairy farming in Australia and around the world.”

Peter smiling at camera with a cow in the background
Image of Jennie Pryce in a hallway, smiling and wearing a blue jacket
Image of the a carbon neutral dairy farm